Love Cake is a bitter-sweet romantic comedy shot in and around Edinburgh’s New Town and Marchmont, and features some food-related, romantic entanglements. Can you tell us something about the genesis of the idea?

Mandy Lee: I set out to write an anti-miserabilist short, as at the time I was tired of seeing so many depressing films coming out of Scotland. It seemed relentless for a while, so I decided to write a comedy short with a female lead. I had been researching hen night cakes for another project, and discovered the world of rude cakes. It’s a fantastic world visually that hadn’t at that point been explored much on film – pretty much everything you can imagine can be made in sponge by someone somewhere – and the Scots have a famously sweet tooth. I started thinking about the types of food that people ‘treat’ themselves to, like cake, and the things that people deny themselves. That’s how Violet, the main character came about; she’s a complicated, very controlled character initially who denies herself almost everything. And she contrasts with the bakers, who don’t deny themselves anything. I was really thrilled when Eleanor showed interest in directing it, as I knew from her previous works that she had an amazing visual sense, and she was also keen to make something that was going against the miserabilist tide!

How difficult was it to shoot the film in Marchmont and the New Town? Any particularly Edinburgh-esque hazards and difficulties you wouldn’t encounter anywhere else?

Eleanor Yule: It was a challenge certainly. Our very first day of filming was a Sunday, so we congratulated ourselves as we had no problems with parking or traffic. We set up our first shot which was a long track along a queue of colourful costumers outside the cake shop, which was our main location. The DOP, David Liddell, had rehearsed the shot a number of times to get it right, as we were shooting on film and wanted to preserve the film stock. It was looking great in the monitor and we decided to go for it. We had just turned over when the heavens opened and there was a sudden an intense downpour, too violent and fast for anyone to take cover. The entire queue of extra’s were soaked to the bone, the camera was drenched and we had to stop filming while people were towelled down. It was as if God had thrown an almighty bucket of water over us and was laughing to himself! So the Scottish weather is one to watch out for…

I liked the love scene in the bakers, it looked very messy to shoot! Was it as much fun to make as it looked?

Eleanor: We had an amazing designer, Annette Whitelaw, who really enjoyed getting her hands dirty and also creating the wicked cakes. We filmed in a huge industrial kitchen to give us twice the space we needed, which made it a joy to shoot and gave us many choices in terms of camera angles and lighting. Continuity was sometimes a problem but we tried to cover the action in a way that would not over complicate things. The actors had fun and our lead, Selina Boyack, was very willing to be covered in cake, shaving foam and chocolate, but also seemed very happy when she got to clean up at the end of the day too!

Mandy: We also had a dummy as a prop which got very messy. I had to carry her home in a bin-bag then hose her down as she was so revolting by the end of the shoot! The thing I love most about that scene is the way it’s choreographed, almost like a tango. We were very lucky to have an incredible score by BAFTA winning & Ivor Novello nominated composer,Paul Leonard-Morgan which really brought that scene in particular vividly to life.

Casting is a big factor in romantic films, was this one particularly difficult to cast compared to other films you’ve worked on?

Eleanor: One of the conditions for me directing the scene was that I got to work with Selina Boyack who plays the central character Violet. I have been a big fan of Selina’s stage work for a while and had a hunch she would be naturally cinematic. My hunch paid off and I think she has a real screen presence in the film. We cast the others around her. One of the joys of working in Scotland is that we are surrounded by excellent acting talent right on our doorstep.

Any particular influences? I was thinking of Miss Jean Brodie for some reason, but what were the major guiding influences on the film?

Eleanor: We wanted to create a picture of Edinburgh that was European and outward looking. So there are references to French cinema, yes the saturated colour of Miss Jean Brodie and a 1950’s feel. Gigi, and a touch of Pedro Almodovar which comes through Mandy’s lovely warm hearted script. 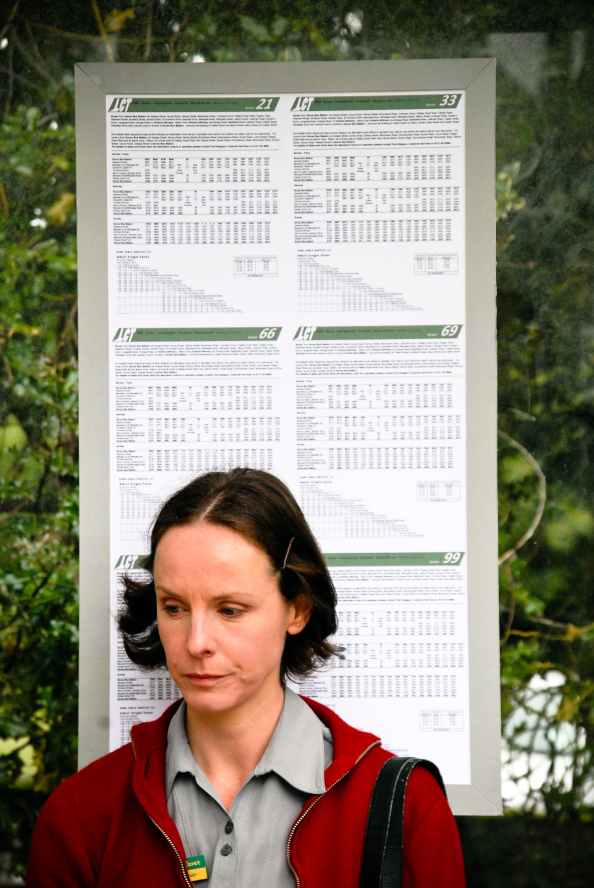 It’s great to see comedies being made in Edinburgh, was comedy how you wanted to make the short?

Eleanor: Yes, we were on a mission to be anti- Scottish miserablism. I was in the middle of researching my book, I co – authored with Dr David Manderson, ‘The Glass half Full : Moving beyond Scottish Miserablism’, (Luarth press, available on Amazon) in the book we looked at the domination of this genre within Scottish film and literature, identified what it was, where it came form and the price we have paid culturally for its domination in the cultural life of Scotland. It has meant that female voice and female stories from Scotland have been marginalised and suppressed, and by default female comedy. Love Cake was an attempt to readdress the balance. I’m looking forward to hearing other female Scottish voices as rich and as courageous as Mandy’s.

Mandy: I give Eleanor the credit for encouraging me to pull out the full potential in the script, and giving me the confidence to not be afraid of making a Scottish romantic comedy (albeit in short form). Earlier drafts sometimes had a slightly darker, more internal feel regarding Violet – but all of that had to (rightly) go or we’d have ended up making a feature!

How many cakes did your team go through in the making of the film? And did you have to make your own?

Eleanor: Not as many as you would think as the budget was very tight! We had to return anything we had not destroyed and the ones that were destroyed did not look enticing!

Do you feel like going on to doing more comedy or trying something else? What projects are you working on next?

Eleanor: I love making comedies. If you get the script working and the chemistry right between the actors it’s almost the easiest directing job there is, and also most pleasurable. I don’t feel as if I am at work. Its like having an extended party without the booze. So it’s a win, win situation. You get all the laughs but no hang over the next day and hopefully, if the weather holds, you have a great film at the end.

Mandy: I love writing comedy, and even my darker projects usually have a blackly humorous tone. A longer form idea did come directly out of Love Cake – a feature comedy called Masterbaker, which has already been developed with the Playwrights Studio Scotland Screenwriting mentorship, was featured at the BAFTA Rocliffe New Writing Forum, and on the EIFF Talent Lab. As well as Masterbaker I’m also working on two other features, Meat Van and Jam Jar, and I’m hoping that one of them will eventually shoot in Scotland.

Love Cake is part of the Edinburgh Short Film Festival programme and will be screened on Saturday 14th June at the Granary, Leith. Tickets are still available, you can book online or purchase them on the door.