Well, that’s it wrapped for another year of short film at the ESFF!

From sending our touring programmes to Tokyo and Sardinia in June, to Ireland in May and our week-long sojourn in the bowels of the old Leith Theatre during Hidden Door, to trying to squeeze a busload of Stenhousemuir FC supporters into the cinema space at Summerhall – we’ve had a busy year organising no less than 20 separate film screenings around the world before returning home for the ESFF 2017 at the Filmhouse and Summerhall this Autumn!

We’ve had a great time, with a record number of visiting film-makers and festival directors, as well as having sold out most of our run this year, so all that remains is to thank the various stalwarts and heroes whose efforts made it all happen this year!

First off, many thanks to Carys Evans and Federica Pugliese, our two 2017 assistant directors, for their hard work in areas as diverse as design and human resources, man management, film programming and for being amazingly unflappable under pressure, (but then, that’s maybe because they don’t have wings!)

Thanks also to Yulia Kovanova for programming the 2017 festival and Kenny Lam for brilliantly re-designing our website as well as supplying his uniquely Dundonian sense of humour!

We also need to thank Alexandra Person who bravely offered to film our antics in Ireland at the Fastnet Film Festival as well as in the (probably) haunted Old Leith Theatre during Hidden Door!

Thanks to the rest of the film team who joined us in October – Jenni  Syväkuru, Amanda Rodgers, Diego Maria Malara, Laura Meriläinen. We’ll be seeing more of their work over the coming weeks and months as we start to issue the short films they have kindly (and skilfully) put together.

Thanks to Alice Shone, not just for representing us at Tokyo’s Short Shorts Film Festival in June but also for being our guest co-ordinator and for taking some more outstanding stills!

Thanks to James Patrick Errington for some fine short poems and to Will Mitten for the in-house film reviews and to Adi Surriyapperuma  for his enthusiastic Q and A presenting!

Thanks also due to Margherita Mazza, who carried out our live tweeting and Instagram efforts and Kuan-Ping Liu for her help with our guest services and manning the Box Office!

Thanks to Tamara Lechner for organising our press efforts and for presenting in inimitable style, at the ESFF in November. Also to Elizabeth Anezaki, Beth Hendy, and Sarah Tegeler for their valuable help at the Filmhouse!

Our ushers, social media teams and our box office staff did a valiant job dealing with the hordes of unstoppable seekers of tickets, so thanks are very much due to: Anna Scott, Callum Booth, Jess Cowley, Lisa Leyser, Thaleia Sykoti, Jules Kowarski, Cara-Lynn Bauer & Melina Wäldermann. Thank you to Alex Kelaiditi for helping out all day on Saturday 11th, helping to steady the nerves of our Script Pitch competitors and then joining Lucy Southwell, Anni Asikainen, and Kuan-Ping Liu at the Royal Dick Bar to host our visiting guests and make sure they made it to the screening on time!

Thanks also to our many partners for 2017 & 2018 including Aidan Stanley (Chairman, Fastnet Film Festival), Carlo Dessi (Director, Sardinia Film Festival), the various teams at both Summerhall and the Filmhouse, Shoko from Tokyo Short Shorts Film Festival, Roberto Barrueco of Mecal – Barcelona International Short Film & Animation Festival and Emma van der Putten for her hard work at Hidden Door in May! We’d also like to thank Chris Earl for his work with our screenings at Scots Day Out Festival in Australia.

We also would like to thank the affable Simon Hart of Puppet Animation Scotland for sponsoring the Best Animated Film award and for offering us an opportunity to take part in manipulate 2018!

As well as all these, we need to thank the cinema-going Edinburgh public for their unstinting support in coming out in such large numbers to take part in what is now undoubtedly Scotland’s largest dedicated short film event!

Thanks to you all, see you next year and…Come On the Steni!! 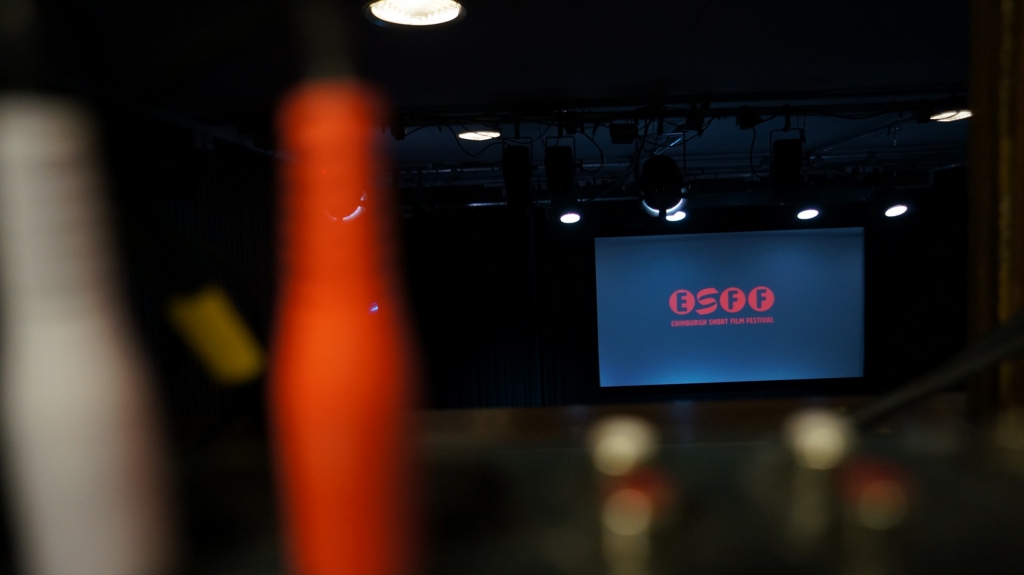