Over one weekend every November, the Aberfeldy Film Festival champions Scottish film, surrounded by the majesty of Highland Perthshire in it’s autumnal glory. The small but perfectly-formed Highland town of Aberfeldy, the quintessential Highland Perthshire village, is as Scottish as any community could hope to be, it even comes with it’s own distillery, home of the fine Aberfeldy Malt. I’m happy to vouch for the excellence of the local produce!

The Film Festival is organized by the Heartland Film Society at The Birks Cinema and this year’s festival opening gala night included a q and a with none other than Bill Forsyth and a screening of his 1986 film Housekeeping. The festival weekend continued by featuring a wide range of other films by a mix of established as well as emerging Scottish film writers and directors to showcase the talent of film-making in Scotland.

For short film aficionados the festival also plays host to the ‘Palme-Dewar’ the wittily-titled Dewar’s Whisky short film awards. As the event is co-sponsored by Heartland Film Society and Dewar’s World of Whisky, the Palme-Dewar finalists’ films are screened at the Dewar’s whisky distillery visitor centre, which lies a mile or so out of town. It’s a definite treat walking along the country road in the dark with the stars glinting through the branches of black, wintry trees , while the silvery Tay rumbles into the gloom alongside you, until suddenly, the warming lights of the distillery and its white painted barrels appear like ghosts on the road ahead. 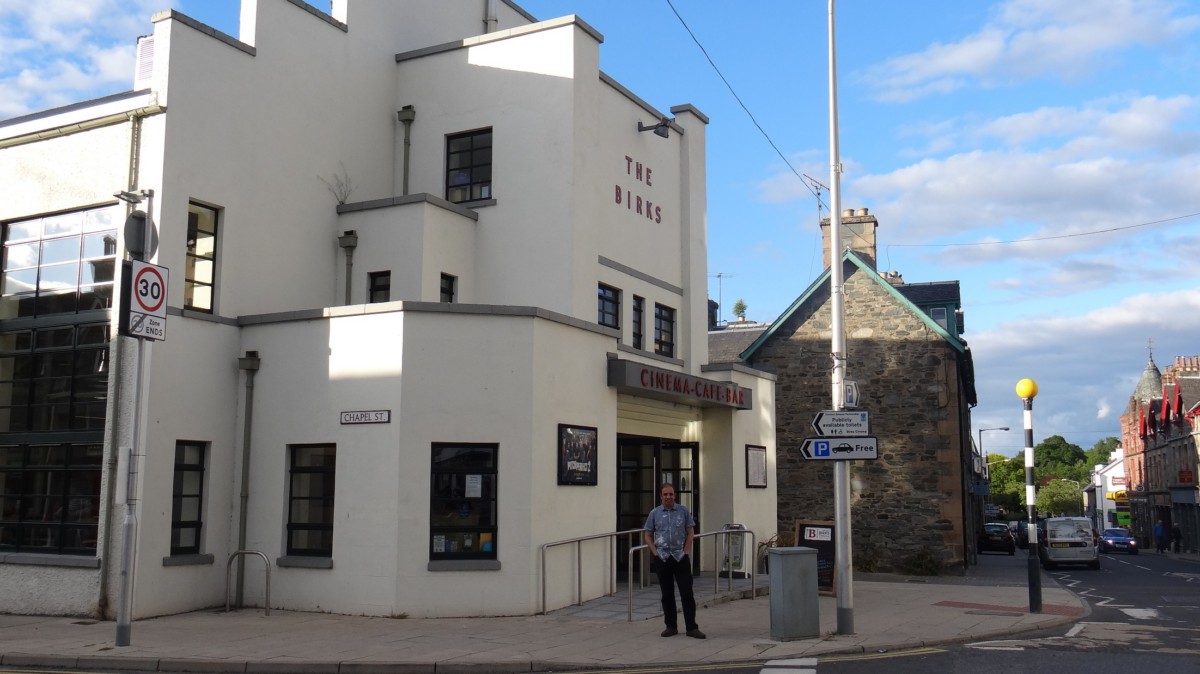 The films selected as finalists bidding for the Palme-Dewar award reflect a growing diversity in Scottish short film and we were pleased to see ‘Love Cake’ the excellent romantic comedy directed by Eleanor Yule – one of our favourite films from this year’s Edinburgh Short Film Festival make an appearance as a nominee. ‘Dancing City’ a Commonwealth games commission-short was another highlight, weaving a cityscape of urban choreography through a delightful specially-composed score. 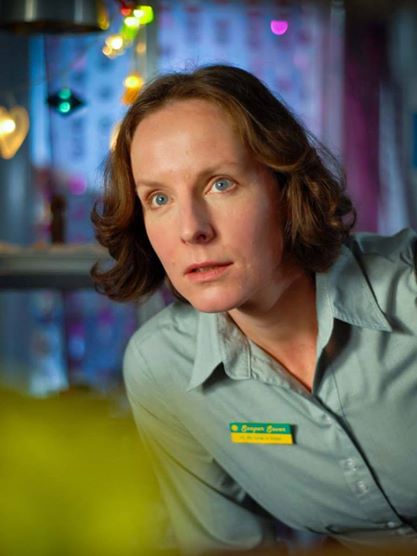 The winning film this year was ‘Just Say Hi’ by John McPhail – a charming and cutesy boy-meets-girl romance and was well-received by an enthusiastic audience. The attendance was a full house – a testament to the quality of the programming that so many people would make their way on a cold November night to watch Scottish film. It’s great that the AFF is doing so much to bring Scottish-made work to a general audience and we’re happy to recommend the event – besides the malts in that part of the world make it well worth leaving the car behind!

I was later lucky enough to catch up with one of the Festival co-ordinators, Richard Bowden, and I asked him to tell us some more about HFS and the Festival:

All of the (annual) Aberfeldy Film Festivals are organised and hosted by Heartland Film Society. HFS has been in existence for more than 12 years now – and prior to the Birks cinema being re-opened in April 2013 after its major refurbishment we used to host our monthly film screenings in a local hall. Our film festivals held over a long weekend in November (we have held I think 7 so far) were screened in the Aberfeldy Town Hall and Castle Menzies, just outside Aberfeldy- where the setting up of equipment was a major challenge …. but worthwhile – and well attended as prior to the Birks cinema re-opening we were the only ones showing films in the area — the nearest cinemas being Perth and Dundee in those days.

The Birks cinema, with its 102 seat capacity is now the home for the Heartland Film Society’s own season of monthly screenings running from September to July as well as our November film festival. All of the HFS film showings fit well with the cinema’s own programmes of usually more mainstream films being shown every day of the week – ensuring that every month there is a great diversity of film offerings to suit all ages and tastes.

Heartland Film Society has been steadily evolving the range and scope of the Aberfeldy Film Festival – particularly with the excellent digital screening technology at the Birks and its other comforts … and with our festival theme this year being Calling the Shots – Scottish Film Makers in World Cinema we took the opportunity to expand our programme of film selections, including many shorts as well as feature films by Scottish film writers and directors and Q&A sessions with them whenever possible.  We were delighted when Bill Forsyth graciously took up our invitation to be the special guest director for our gala opening night and an excellent Q&A with him was hugely enjoyed by a packed audience. Later over the festival weekend we held similar sessions with other film directors  whose films were featured in the weekend festival programme – including Shona Main and May Miles Thomas.  These sessions appeared to be enjoyed by the directors involved as much as the enthusiastic audiences keen to learn more about the background to what appears on the screen.

The Aberfeldy Film Festival runs over a weekend in mid November every year and HFS are actively looking for submissions of Scottish Short Films (15 minutes maximum) so bookmark the links, film-makers, they’ll be open for next year’s crop of Scottish-made shorts soon!