Home to the Renaissance, Dante, Michelangelo, Galileo, Leonardo Da Vinci and more artists and philosophers than you can shake a crayon at, Florence the beautiful capital of Tuscany also hosts it’s very own Short Film Festival, Firenze FilmCorti which screens international shorts to Tuscan audiences every June.

Formerly incarcerated political prisoners during both the Italian Unification and Fascist periods, Le Murate has been transferred into an arts venue and cinema space. The impressive courtyard now functions as an open air cinema and stage, gracing film-makers and artists where once trod the chained feet of oppressed Florentine protestors.

Run by the implacable presence of Festival Director Marino  Demata  and Enrico Le Pera, Firenze FilmCorti holds screenings of some 60+ short films over 4 nights at Le Murate, culminating in a fabulous open air awards ceremony in the Courtyard on the closing night.

Firenze FilmCorti is a charming and delightful short film event, with a very approachable and hospitable team of people from the Director to the ushers, translators and box office staff, (the tireless Pietro and Noemi.) 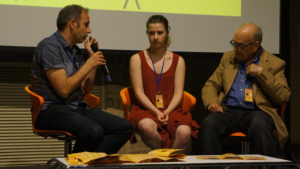 There’s also a real sense of a festival engaging closely with its fiercely dedicated Florentine audience. Discussions on everything from Turkish politics, to violence in cinema, pepper their screenings of some powerful and cinematically-themed short films, along with workshops ranging from Acting as a form of Shamanism to in-depth discussions on the Future of Italian Cinema. 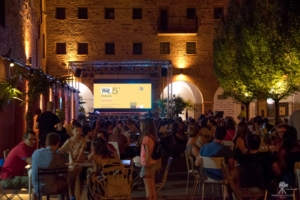 We’re pleased that our curated programme from the Edinburgh Short Film Festival was well received, we screened a sample range of shorts from ESFF 2017, peppered with drama and documentary, including Alia Ghafar’s ‘Salt & Sauce’ as well as Daniel Lundh’s ‘People in Cars’ and we fielded questions ranging from fish and chips as an integral part of Scottish culture, to the weather in Edinburgh in November!

So we wish Firenze FilmCorti good luck on its stately journey towards its 6th edition, and on this evidence, June in Tuscany looks like being as well known for short film as it is for shorts and sandals! 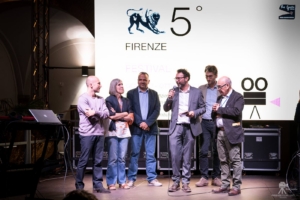