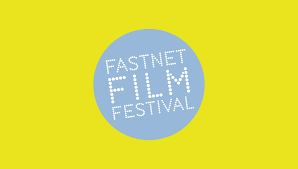 The marginal existance of migrant workers are literally on the periphery of existence in modern-Europe and a ESFF favourite, GAS STATION by Alessandro Palazzi, provides a unique insight into the lives of two North African migrants, pumping gas in a desolate gas station on the outskirts of Rome. Eschewing the usual appeals to the viewer’s conscience, the film explores the lives of the two North African gas station attendants with genuine wit and warmly embraces the very real humanity of the characters (brilliantly played by non-professional actors Kamal El Haji & Mohamed Abdelmaboud Elshazly).  Their edgy existance is marked by one standout scene as Jamal wakes up to find the tide lapping at his feet and the gas station on the edge of the land and about to slip into the sea.

Stonehaven lies on the edge of the East coast of Scotland and also somewhat on the edge of the culinary world as the birthplace of the notorious deep fried Mars bar and Martin Lennon’s quirkily- Scottish doc THE FRYING GAME explores the fried snack’s birthplace, the Carron Fish Bar, and the eccentric and offbeat characters that live (and eat) there. The film is as playful as the subjects it depicts, from the larger-than-life proprietor to the customers, seemingly unfazed by the appearance of more and more unlikely deep fried delicacies in the display window.

Shot almost entirely in Iceland over the course of one week, our Rising Star Award winner, DUKE’S PURSUIT directed by film students Charlie Edwards-Moss and Joe Williams is a Coen-esque darkly comic, thriller that follows the revenge-mission of a betrayed British business man as he seeks vengeance on his partner, who now works in a lonely Icelandic bar, as far from Pentonville as you can get by Ryanair!

The film has a typically messy ending and some vivid characterisations, while the direction draws the viewer into the film’s deadpan, ironic world skilfully.

Programme is showing on Thursday 25th May